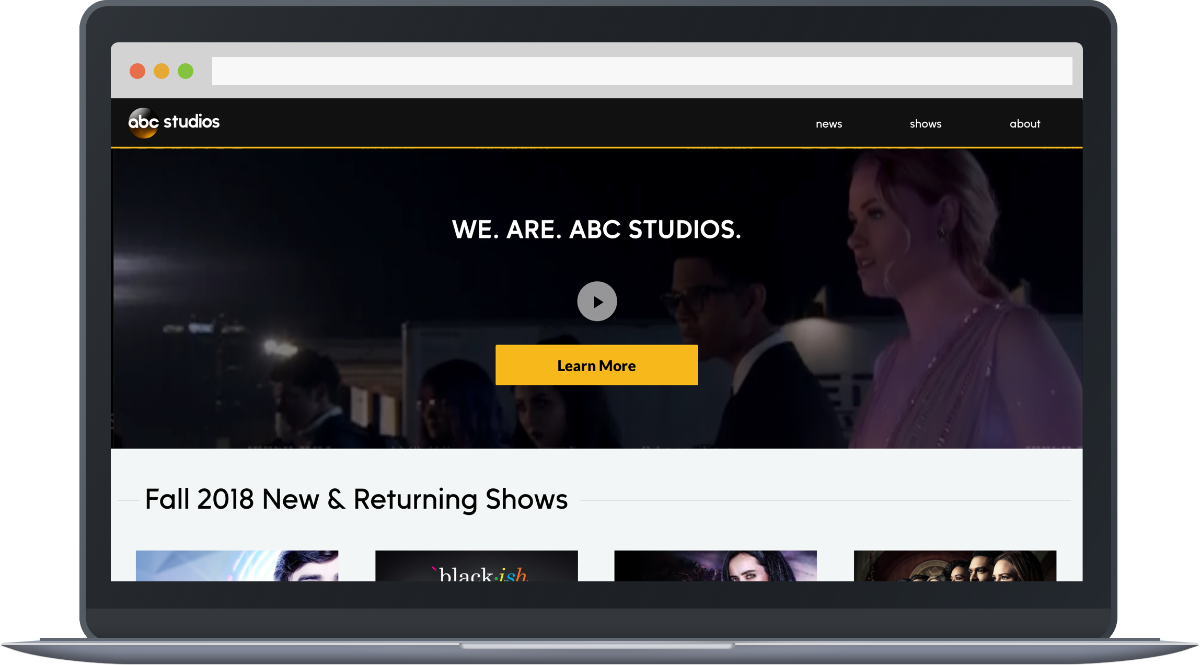 Leading into their 2018 Upfront presentation, ABC Studios had 36 current shows and 23 pilots that were being considered for the 18/19 season. The studio needed a web presence to market themselves and their offerings in order to raise awareness and promote advertising sales for the television season.

I had a compressed timeline of one week to conduct discovery efforts, iterate on responsive designs, and complete a high-fidelity prototype that would be handed off to developers for implementation.

Not having the luxury of time on my side, I went directly from whiteboard sketches to guerilla hallway testing to high-fidelity prototypes.

My presentation to our clients met with glowing approval (“it’s better than ABC.com!” was a personal favorite), and we were able to start development right away on the final website. I contributed hundreds of lines of front-end code throughout the development process over the next few weeks. Ultimately, our team built out this new CMS-backed website and authoring environment in time for ABC’s Upfront presentation, allowing ABC Studios partners to read about the studio’s shows in production, follow press releases and other news, and learn more about the studio.